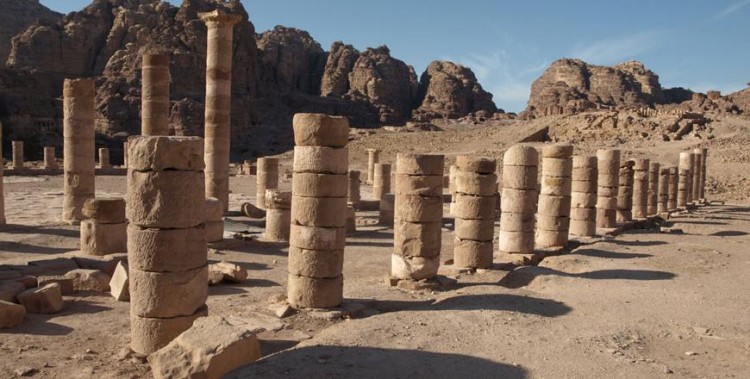 The U.S. Embassy in Amman is pleased to announce a call for proposals for the 2016 Ambassador’s Fund for Cultural Preservation (AFCP).  The Fund was established by the U.S. Department of State’s Bureau of Educational and Cultural Affairs in 2001, to help countries preserve their cultural heritage and to demonstrate U.S. respect for different cultures around the world. Floor on Amount of Individual Awards: US $10,000 per project. Ceiling on Amount of Individual Awards: $200,000 per project. In FY 2015, awards globally ranged from US $32,500 to US $200,000.

The deadline for submitting applications (in English) to the U.S. Embassy in Amman is close of business (5 p.m.) on Thursday, December 31, 2015. Recipients will be notified in approximately September 2016.

AFCP will recommend for funding those proposals that include project activities in adherence to the following guidelines and to international standards for the preservation of cultural heritage. These activities may include:

Proposals for projects that meet one or more of the following criteria will receive consideration in FY 2016:

Special note regarding sites and objects that have a religious connection:

The establishment clause of the U.S. Constitution permits the government to include religious objects and sites within an aid program under certain conditions. For example, an item with a religious connection (including a place of worship) may be the subject of a cultural preservation grant if the item derives its primary significance and is nominated solely on the basis of architectural, artistic, historical, or other cultural (not religious) criteria.

Eligible project applicants as reputable and accountable non-commercial entities, such as non-governmental organizations, museums, ministries of culture, or similar institutions and organizations that are able to demonstrate that they have the requisite experience and capacity to manage projects to preserve cultural heritage. AFCP does not award grants to individuals, commercial entities, or to embassies or past award recipients which have not fulfilled the reporting requirements of previous AFCP awards.

Applicants requesting $25,000 or more in federal assistance must have a Dun & Bradstreet Universal Numbering System (DUNS) number, a NATO Commercial and Government Entity (NCAGE) code, and be registered in the System for Award Management (SAM) prior to submitting applications.

DUNs Number: Applicants may acquire DUNs numbers at no cost by calling the dedicated toll-free DUNs number request line at 1-866-705-5711 or by requesting a number online.

NCAGE Code: Non-U.S. based applicants may request a NCAGE code

Cost Sharing and other forms of cost participation:

There is no minimum or maximum percentage required for this competition. However, AFCP encourages cost sharing, in-kind contributions, and other forms of cost participation. When cost sharing is offered, it is understood and agreed that the applicant must provide the amount of cost sharing as stipulated in its proposal and later included in an approved agreement. The applicant will be responsible for tracking and reporting on any cost share or outside funding. Cost sharing may be in the form of allowable direct or indirect costs.

All proposals should be submitted using the attached application form and the Budget worksheet and include all supporting documents.

The deadline for submission of applications is close of business on Thursday, December 31, 2015.

AFCP 2016 award recipients must submit performance progress, federal financial status reports, and final reports on time as specified in the Notice of Award.

The proposals will first be screened for technical eligibility based on the criteria contained in this request for grant proposals and against the lists of AFCP program-specific ineligible activities, costs, and applicants.

Using the below point-based system, applications will be rated based on the program funding priorities; the quality, soundness, and comprehensiveness of the proposed project and budget; the urgency of the proposed project; the rationale for U.S. support of the project supplied by the applying U.S. embassy; the quality and quantity of supporting materials, such as resumes of the key project participants, images of the resource, and notices of official permission from the responsible resource steward, such as a ministry of tourism or department of Antiquities.

22. AFCP POINT-BASED RATING SYSTEM: Proposals will be rated as follows:

Additional information about the Ambassador’s Fund for Cultural Preservation.