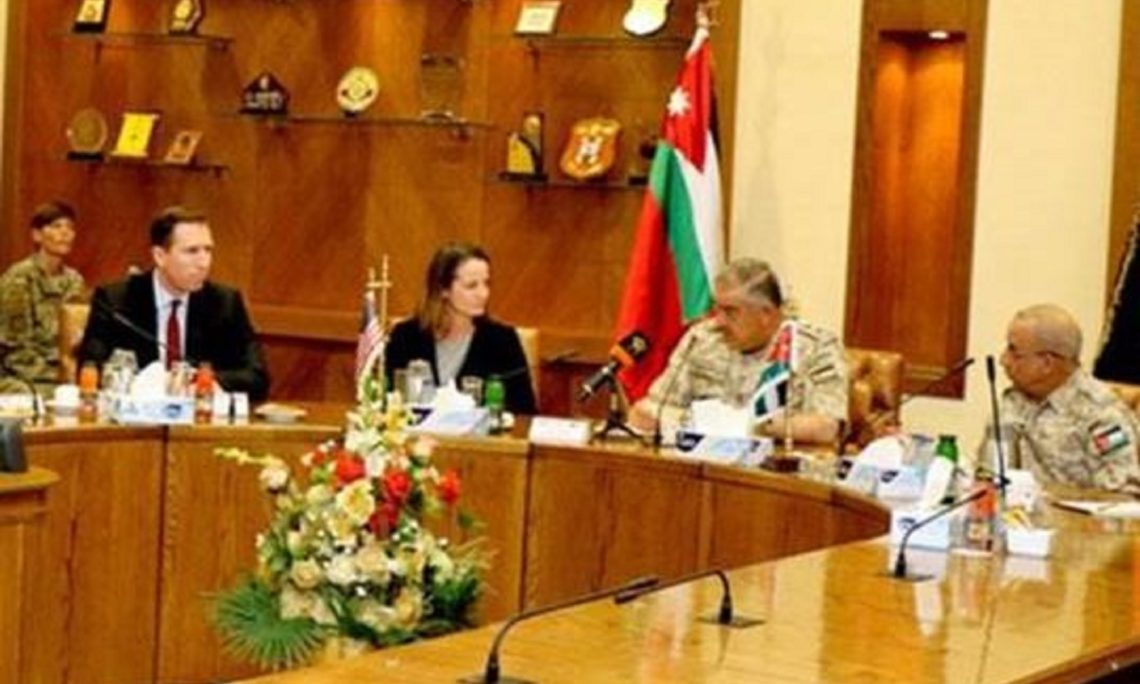 Senior delegations from the United States and Jordan met April 9-11 in Amman, Jordan for the 41st meeting of the U.S.-Jordan Joint Military Commission.

The JMC is the premier bilateral forum for senior U.S. and Jordanian government and military officials to discuss ongoing security assistance and military cooperation, as well as develop plans for our robust security partnership.

The delegations discussed a broad range of diplomatic and security challenges throughout the region, including the crisis in Syria and ways to continue combatting violent extremism.

The U.S. and Jordan remain committed to a strong bilateral relationship built on common interests and mutual respect.   The U.S. delegation was led by Acting Assistant Secretary of Defense for International Security Affairs Kathryn Wheelbarger.  The Jordanian delegation was led by Chairman of the Joint Chiefs of Staff Lt. Gen. Mahmoud Freihat.