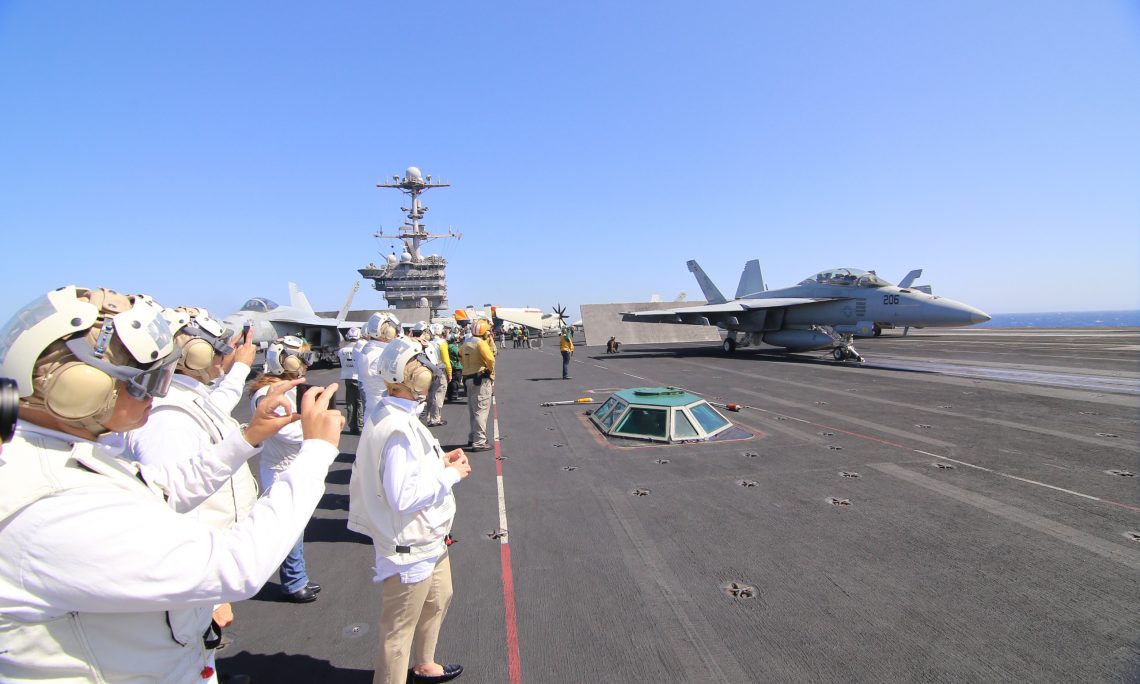 ABOARD THE USS HARRY S. TRUMAN

U.S. Ambassador to Jordan Alice G. Wells and a number of senior Jordanian military and political figures flew aboard the aircraft carrier USS Harry S. Truman earlier this week, a demonstration of the United States’ commitment to Jordan’s security and regional stability.

As a major part of the 64-nation Coalition fight against Daesh, the Harry S. Truman Carrier Strike Group has delivered the most carrier-based ordnance of any ship throughout the conflict, substantially degrading Daesh resources and leadership.

“I can think of no more powerful demonstration of the United States’ military commitment to Jordan and the region than this ship,” Ambassador Wells said. “Being aboard the Truman gives you an exceptional, palpable view of how formidable and critical the U.S.-Jordanian security partnership is.”

The USS Harry S. Truman is named after the 33rd president of the United States, and is the ninth nuclear-powered aircraft carrier in the American fleet. It weighs more than 100,000 tons, can move at more than 30 knots, and carries about 5,000 people and 70 combat and support aircraft. It was commissioned on July 25, 1998.

For related news, visit the USS Harry S. Truman (CVN 75) webpage at www.navy.mil/local/cvn75/ or on Facebook at www.facebook.com/USSTruman.