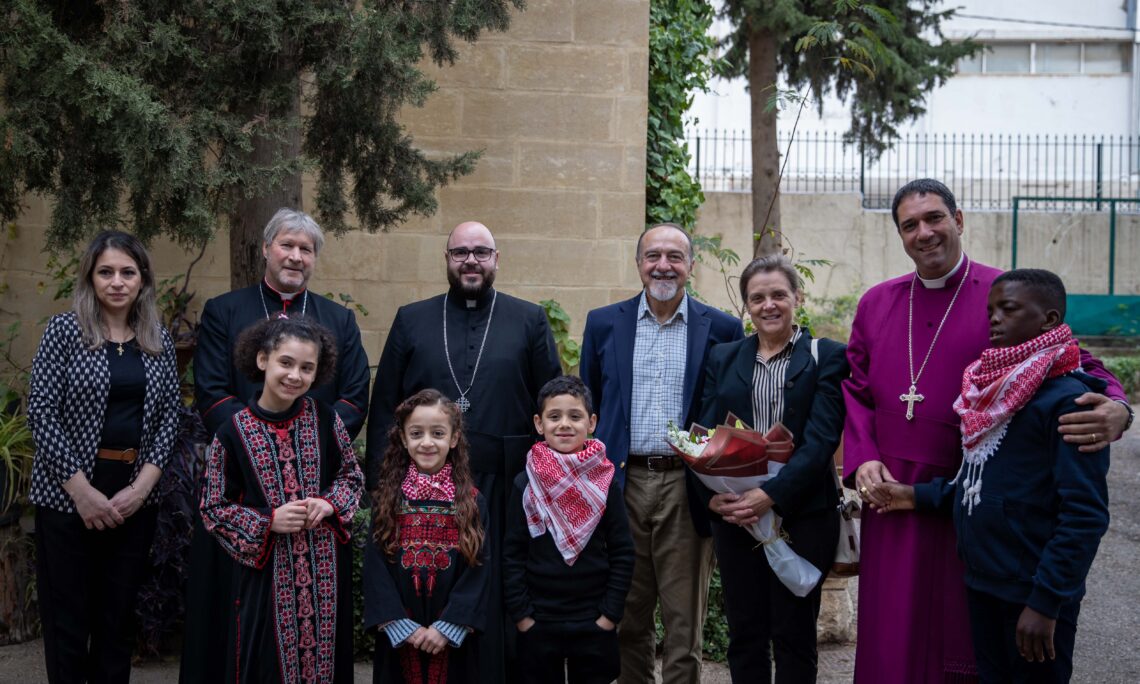 Amman, December 6, 2022 – U.S. Ambassador Henry T. Wooster met on Tuesday with local authorities, business, and religious leaders in Balqa to emphasize U.S. commitment to supporting inclusive economic growth throughout Jordan.  Joined by members of the U.S. Embassy’s USAID, economic, public affairs, and political teams, he discussed economic challenges and opportunities with a diverse group of Balqawis, and highlighted the scientific achievements at the Synchrotron-Light for Experimental Science and Applications in the Middle East (SESAME).  Accompanied by Bishop Elias Naoum, during his tour of the Holy Land Institute for the Deaf, Ambassador Wooster lauded the efforts of the staff to empower its students to participate as full members of Jordanian society.

“The United States will continue to work steadfastly with Jordan to facilitate inclusive economic development and to enable the private sector to create jobs for men and women across the country,” Ambassador Wooster noted.  He emphasized, “Supporting women’s economic security is high on the agenda of our bilateral cooperation.  The women-led business leaders and the young entrepreneurs I met today in Balqa are laying a path for growth and opportunity benefiting all Jordanians.”

Ambassador Wooster met with Balqa Governor Firas Abu Qaoud to discuss areas of mutual interest including opportunities for economic growth in Balqa.  The Ambassador visited SESAME, the region’s first major international scientific center of excellence and the world’s first large research facility powered by renewable energy. He met with local entrepreneurs to hear perspectives from founders and staff about women’s workforce participation, economic challenges, and goals.  The Embassy team also visited Salt Development Corporation, supported by USAID, to learn about plans to leverage As-Salt’s recent designation as a UNESCO Heritage site.  Finally, he sat with a group of creative industries youth leaders who promote empowerment, tolerance, and inclusion to explore ways to amplify the impact of their work through partnership.

Ambassador Wooster’s visit to Balqa follows prior meetings and discussions in seven other governorates to hear a broad range of perspectives from across all of Jordan on key issues in the U.S.-Jordan partnership, including U.S. support for Jordan’s water security and economic development, community-based initiatives, accessibility for persons with disabilities, women’s economic security, and youth empowerment.