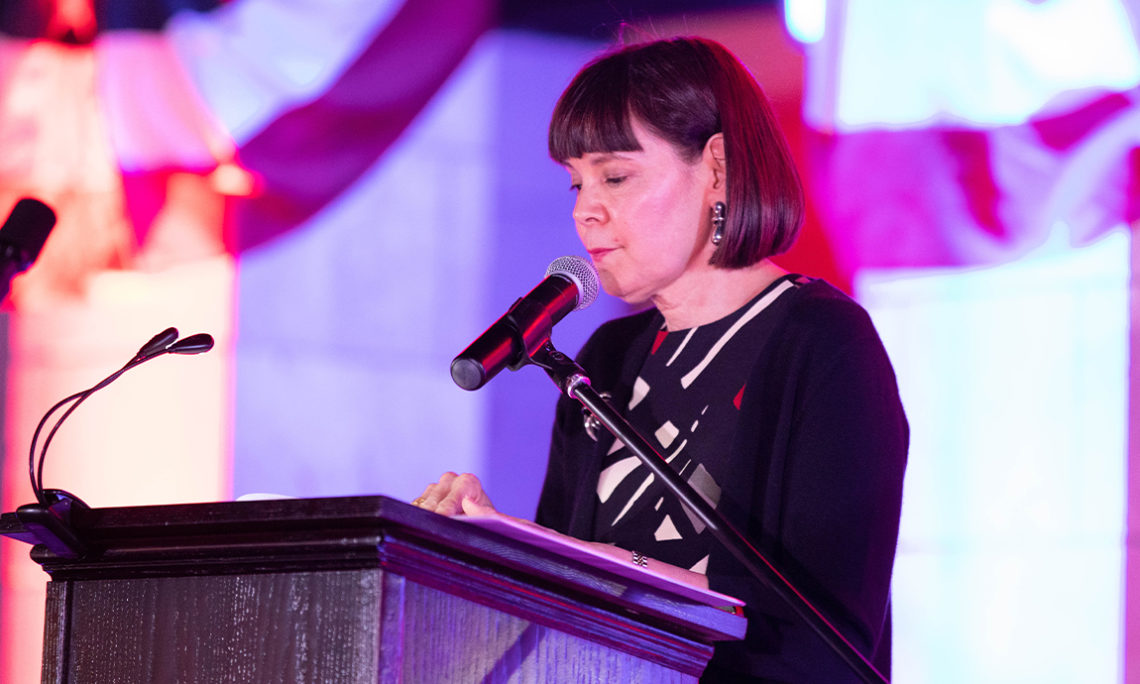 Good evening, masa’ al-kheir.  Your royal highnesses, excellencies, distinguished guests, fellow diplomats, embassy colleagues, and friends and partners of the embassy.  Welcome.  Tonight, I am honored to host America’s birthday here in Jordan, also known as the fourth of July.

A special thank you to our many generous Jordanian and American sponsors, whose support makes this celebration possible.

And a very big thank you to the hundreds of embassy personnel who spent months working to pull everything together for tonight’s event, particularly our July 4th committee.

In addition to the 4th of July, we have a number of other anniversaries that we’re celebrating this evening.

This year marks the 230th anniversary of the department of state – that’s 230 years of building and maintaining friendships and partnerships.  from the first American diplomat, Benjamin Franklin, who represented our country in France, to the almost 14,000 foreign service officers and specialists who are assigned to the 258 embassies and consulates around the world.  I draw my inspiration from my colleagues, quietly doing amazing things in dangerous places or under hard circumstances.

Now, if you’re wondering why there’s an inflatable moon up there, it’s because we’re also celebrating the 50th anniversary of the moon landing.    Like me, many of you of a certain age will remember being glued to the television screen on July 20, 1969 as Neil Armstrong became the first man to walk on the moon.    That was truly an unforgettable moment in history.   American space exploration has long evolved from rockets to space shuttles.  In fact, His Majesty King Hussein was one of the first people to ever speak to an orbiting spacecraft by amateur radio in 1983, when he spoke to astronaut Owen Garriott as the space shuttle Columbia flew over Amman.

Since 2014, over a dozen Jordanian students have participated in Nasa’s international internship program at the Ames research center in silicon valley through a partnership with the crown prince foundation.  This was Nasa’s first partnership with an Arab country.

2019 also marks 70 years of American-Jordanian relations.  Since 1949, our countries have built a strong foundation together and we deeply appreciate Jordan’s leadership under King Abdullah II in advancing peace and moderation in an often – turbulent region.   Our bilateral relationship is a long friendship; it’s rich, complex, and occasionally complicated.  We agree on most things, disagree on some, but we watch out for each other.  So we look forward to the next 70 years.

I have appreciated the very warm welcome I have received since my arrival as chargé d’affaires in march.  Jordanians are famous for their hospitality, and I can see why.   I encourage Americans and my friends and family to visit Jordan and see for themselves the warmth and generosity of this country.

Now, I have to confess, I always think of fireworks and hot dogs when someone mentions the 4th of July.  I guess that part of me will never grow up.   But, as an adult, I try to keep in mind the meaning of independence day.  It’s easy to forget that and think of it as a day off from work with great barbeque and family time.  It’s also the time of year that we get to tease our British friends.   Sorry Edward.  I do hope that after 243 years, all is forgiven.

So, the English are gone.  Now what?  A nation is built and flourishes.  That nation continues to grow, develop, and hopefully, meet the needs and aspirations of its people. Time to relax?  Never.  Building our nation and its institutions is not a sedentary activity, nor should it be a spectator sport.  And hopefully it doesn’t become a contact sport.

America is a place that just when you think you know how it all works and what we’re all about, on a certain level, we go and re-invent ourselves every 20 years or so.   The ultimate marketplace of new ideas.  But at our core is the bedrock of our beliefs that have outlasted any trends or fads.

Our country was founded on ideas that are enduring and define who we are no matter where we came from, whether born in the U.S.A. or abroad – these are ideals that a lot of people around the world still want to experience, as demonstrated by more than two centuries of migration from Europe, Asia, the Middle East, Africa, and the Western Hemisphere.  People ready to contribute and be a part of something that’s bigger than themselves.  Just like it says on a dollar bill:  e pluribus unum.  From many, one.  Because I don’t think you can do something like put a man on the moon if you’re not all moving in the same direction or sharing a belief that you’re stronger and better off together.  No country can truly flourish in the 21st century without a common sense of purpose or destiny.

So, maybe every day in America is kind of like independence day, because we’re the world’s oldest, continuous, and most daring social science experiment on earth – as we continue to work towards that more perfect union.

I hope that you’ll enjoy the rest of the evening, having some great food, catching up with friends and maybe making some new ones.

God bless Jordan and god bless the United States of America.   Thank you.