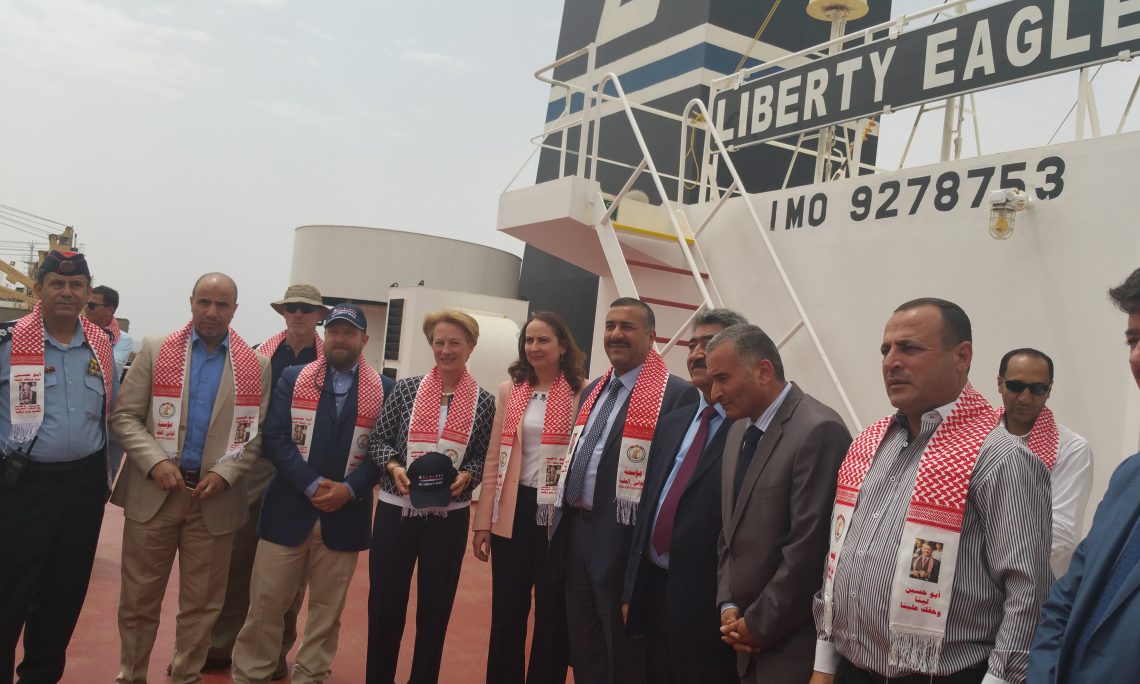 Aqaba— Ambassador Alice G. Wells joined Minister of Industry and Trade H.E. Maha Al-Ali in welcoming the arrival at the Port of Aqaba of the second and final wheat delivery of 47,500 metric tons through the United States Department of Agriculture’s Food for Progress Program. The first shipment arrived in February to complete the donation valued at $25.1 million from the United States to Jordan.
The Jordanian Government will use the proceeds from the wheat’s monetization to undertake a number of agricultural and irrigation projects aimed at improving agricultural productivity and stimulating economic growth. These projects are expected to increase agricultural yields and expand Jordan’s agricultural exports.

The donated U.S. Hard Red Winter Wheat arrived at the Port of Aqaba on April 1 on the U.S.-flagged and –crewed vessel “Liberty Eagle,” and is being discharged over several days to Jordanian Government-managed silos for eventual use in the production of basic Jordanian food staples.
This assistance is in addition to the over $1.6 billion in bilateral assistance allocated for Jordan in 2016. This is the third U.S. wheat grant in the past five years, following a 2011 grant valued at $19 million and a 2012 grant valued at $17 million. The U.S. Food for Progress Programme helps developing countries and emerging democracies modernize and strengthen their agricultural sectors.