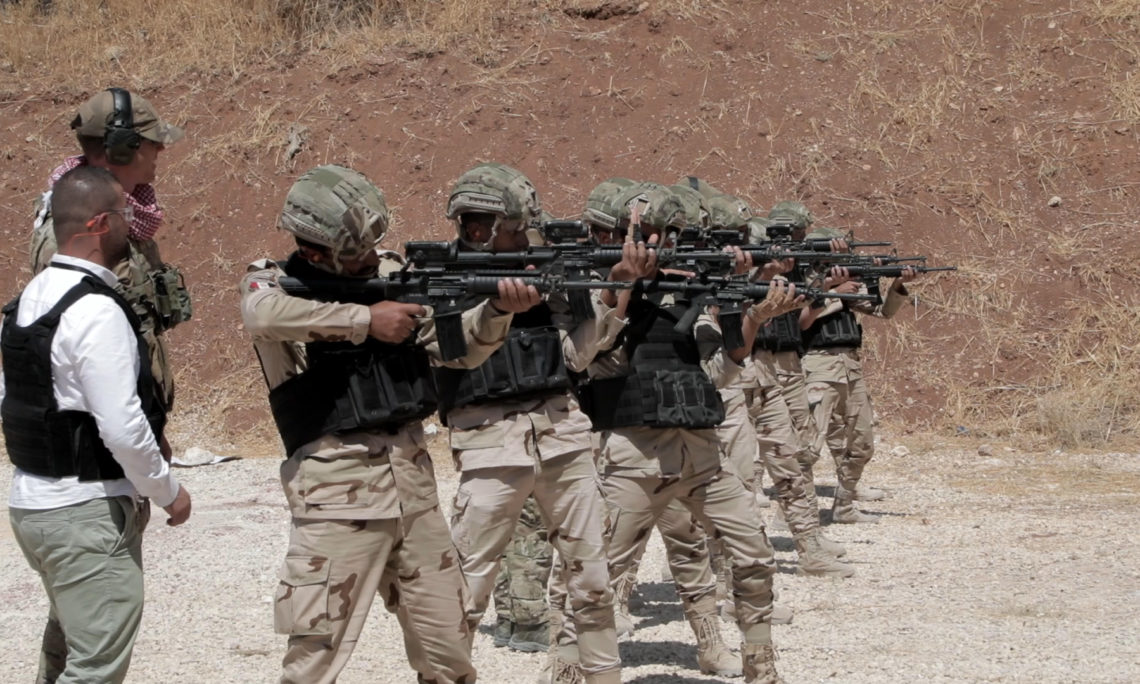 “This program is a product of over 12 months’ planning and organization between our EXBS border security program and Jordanian and Egyptian counterparts who share a common vision for strengthening cooperation on regional border security matters,” U.S. Embassy Chargé d’Affaires Karen Sasahara said during a closing ceremony today at the King Abdullah Special Operations Training Center (KASOTC).

The ceremony included high-ranking officials from the Jordan Armed Forces, the Gendarmerie, and the Public Security Directorate, as well as the commander of Egypt’s border guard forces. All 40 Jordanian and Egyptian trainees were recognized for participating in the program.

EXBS partnered with U.S. Customs and Border Protection’s Office of International Affairs, Special Operations Group and the U.S. Border Patrol Academy to deliver this advanced, tactical border security training program tailored to the unique challenges faced by Jordanian and Egyptian border officials.  EXBS received nearly $1.7 million to launch this first bilateral training, which in 2020 will be expanded to partner Jordanian border officials with other regional counterparts.

EXBS works with over 65 nations around the world to combat the smuggling of weapons, terrorists, and other contraband across international borders.  Since 2004, EXBS has invested more than $18 million in grants and cooperative agreements to strengthen and advance Jordan’s strategic trade control and border security-related practices and legislation.  Given Jordan’s prominence as a major transit/transshipment and export/import trading hub in the region, EXBS considers Jordan one of its strongest strategic partners, and cooperates with several Jordanian agencies to ensure the safety and prosperity of Jordan’s trade flows.

The United States is proud to stand as a partner in advancing regional border security practices as a critical means to increasing Jordan’s and Egypt’s international trade and travel, and for improving regional security.

For more information on the EXBS program visit: