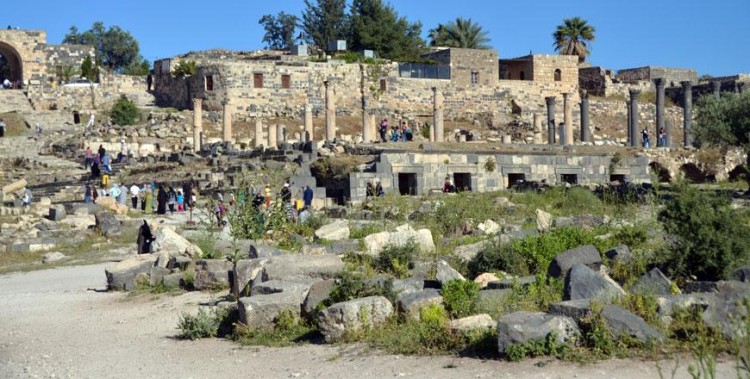 The U.S. Embassy in Amman is pleased to announce the award of a $160,000 grant to the Faculty of Archeology and Anthropology of Yarmouk University for the conservation and rehabilitation of the Roman Aqueduct of Gadara in Umm Qais.  The award was made possible through the Ambassadors Fund for Cultural Preservation (AFCP) which supports the preservation of cultural sites, objects, and forms of traditional cultural expression around the world.

The Roman Aqueduct in Umm Qais is the largest Roman water system in the world covering 170 km from Jordan to Syria — a distance more than nine times the length of the second longest subterranean aqueduct in Italy. This grant will enable the Department of Conservation and Management of Yarmouk University and the Department of Antiquities to open the aqueduct tunnel to tourists and increase overall interest in the site as a tourist attraction.