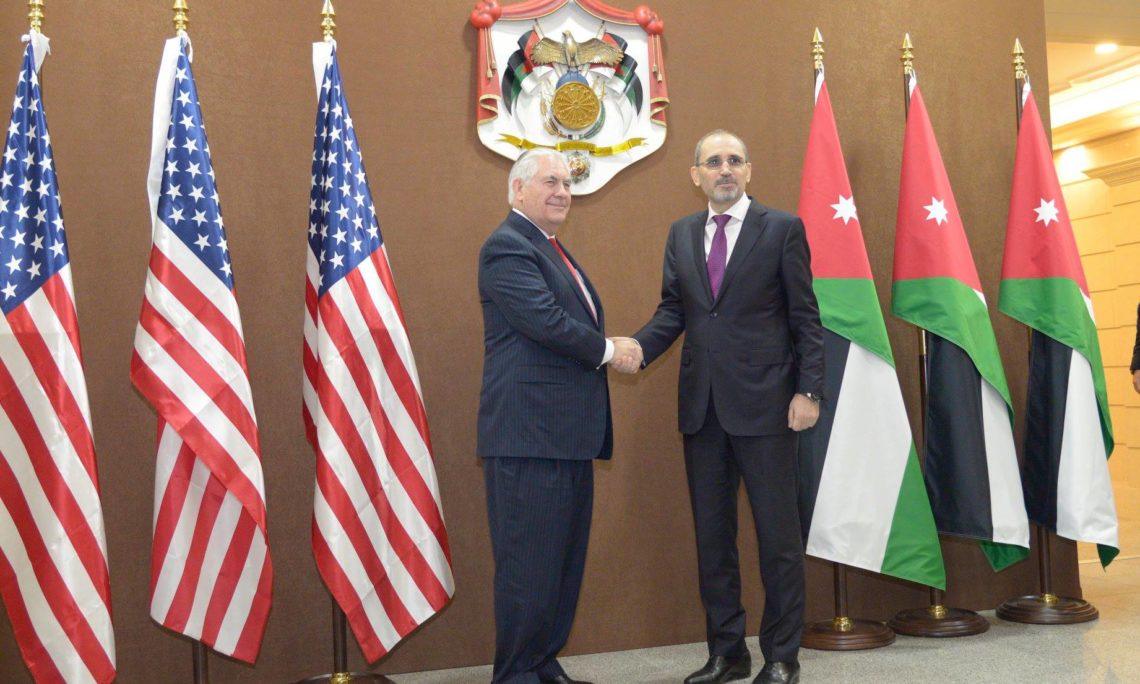 On February 14, 2018, Secretary of State Rex Tillerson, on behalf of the U.S. Government, signed a new five-year Memorandum of Understanding (MOU) with the Government of Jordan in which the United States makes a non-binding commitment to support providing no less than $1.275 billion per year in U.S. bilateral foreign assistance to Jordan, beginning in FY 2018 and ending in FY 2022.  This is the first such MOU signed by the Trump Administration.

§  The United States is the single largest donor of assistance to Jordan.  For FY 2017, we are providing $1.3 billion in bilateral foreign assistance and $200 million in Department of Defense support to Jordan’s Armed Forces.

§  The new, five-year MOU represents an annual $275 million increase in bilateral foreign assistance over the 2015-2017 MOU.

§  This increase in Jordan’s bilateral foreign assistance level signals our continuing commitment to the U.S.-Jordan partnership.  The MOU supports King Abdullah II’s political and economic reform agenda, while simultaneously mitigating the effects of regional crises, including the impact of Syrian and Iraqi refugees on Jordanian communities.

§  The MOU commits the United States to support providing a minimum of $750 million of Economic Support Funds (ESF) and $350 million of Foreign Military Financing (FMF) to Jordan between FY 2018 and FY 2022.  As part of this bilateral understanding, Jordan has committed to prioritize economic and security sector reforms that aim to support Jordanian self-reliance.

§  This commitment is subject to the appropriation and availability of funds.

§  In addition to bilateral foreign assistance, since the start of the Syria crisis, the United States has provided nearly $1.1 billion in humanitarian assistance to support Syrian refugees in Jordan (in addition to funding provided at the regional level for other refugee populations in the Kingdom).  This funding does not fall under the MOU.