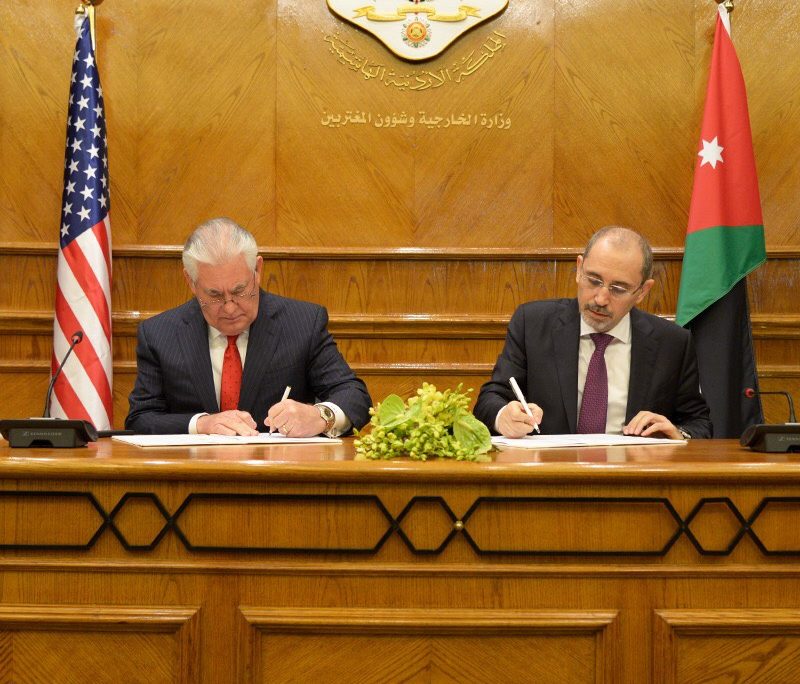 Today, Secretary of State Rex Tillerson and Jordanian Foreign Minister Ayman al-Safadi signed a new five-year $6.375 billion ($1.275 billion a year) Memorandum of Understanding (MOU) between the United States and Jordan, beginning in FY 2018 and ending in FY 2022.  This is the first non-binding MOU on bilateral foreign assistance negotiated under President Trump’s Administration and a signal of the United States’ continuing commitment to Jordan’s stability, prosperity, and security.

The $1.275 billion per year top-line amount represents a $275 million annual increase over the previous MOU and supports Jordan’s efforts to promote prosperity and security for all its citizens.  This MOU commitment highlights the pivotal role Jordan plays in helping foster and safeguards regional stability and supports U.S. objectives such as the global campaign to defeat ISIS, counter-terrorism cooperation, and economic development.

The MOU outlines areas of critical cooperation in the economic and defense sectors and directly supports King Abdullah II’s political and economic reform agenda, while simultaneously mitigating the effect from Syrian and Iraqi refugees on Jordanian communities.