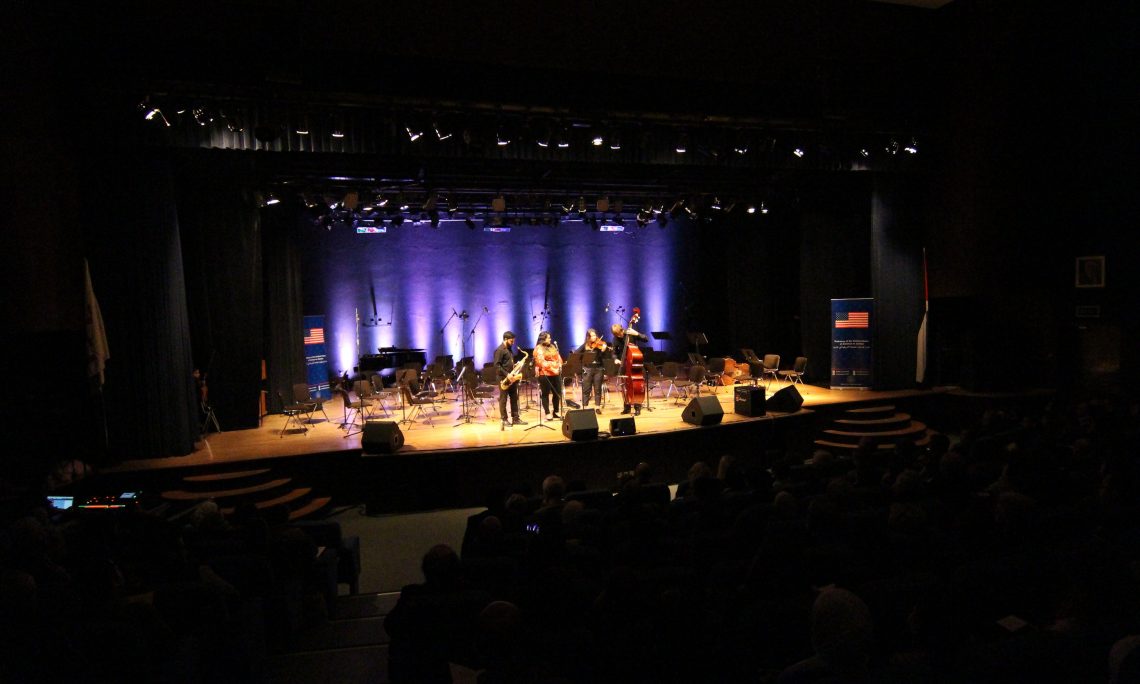 Amman – On Sunday, January 15, musicians from JOrchestra and the Oberlin Conservatory performed in a public concert entitled, “Musical Crossroads: Melodies from the U.S. and the Orient” under the joint patronage of Ambassador Alice G. Wells and Dr. Talal Abu Ghazaleh.  This centerpiece collaborative performance caps a one-week outreach project by a group from Oberlin, during which the musicians performed both classical and jazz works in small groups at local schools and other venues, and participated in workshops and jam sessions with local musicians.

The Oberlin Conservatory is one of the most prestigious music conservatories in the U.S. and indeed the world.  It is the oldest continuously operating Conservatory of Music in the United States, and a recipient of the National Medal of Arts.  The eight musicians from Oberlin are visiting Jordan as part of a cultural exchange, to experience and learn from Jordanian cultural and musical traditions, and share their musical talents.  The musicians expressed their deep appreciation for the hospitality of their new Jordanian friends, and the chance to experience Jordan’s unique and captivating cultural heritage as they visited major historic sites across the country.