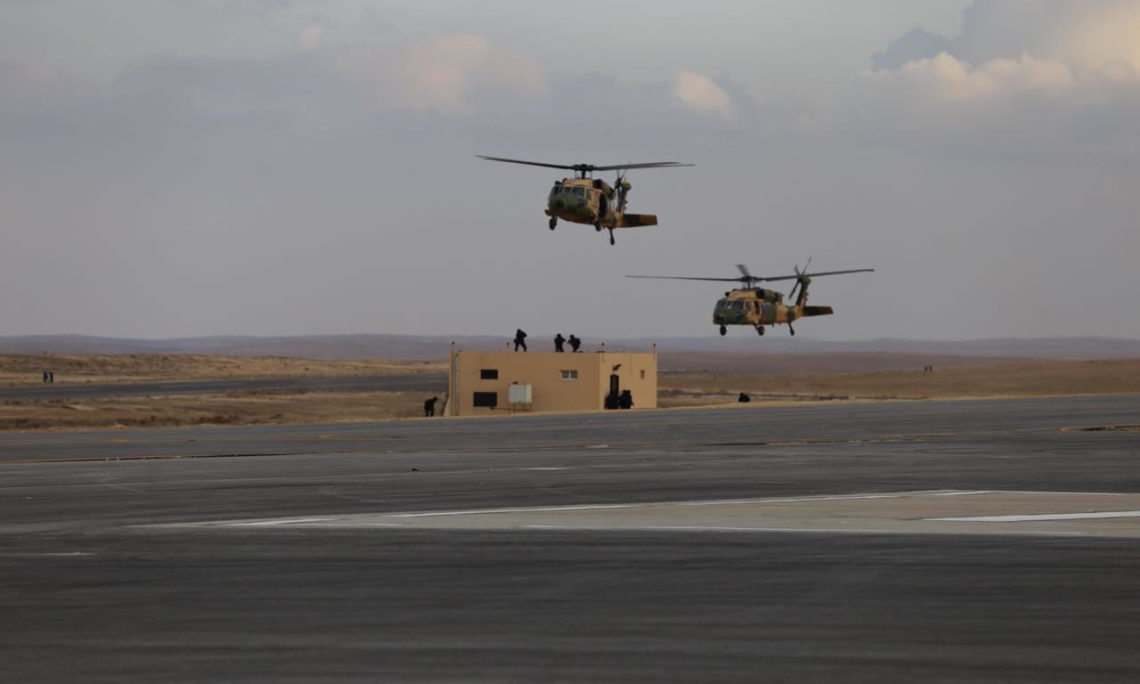 On Sunday, January 28, the Jordan Armed Forces (JAF) officially received the final shipment of new Black Hawk helicopters from the United States, bringing the total to 12 aircraft received over the last nine months.  The helicopters will strengthen the JAF, its Quick Reaction Force (QRF), and Jordan’s security.

His Royal Highness Prince Faisal bin Hussein presided over the commemoration of the Black Hawks, with Chargé d’Affaires of U.S. Embassy Amman Henry Wooster and General Joseph Votel, Commander of the U.S. Central Command, representing the United States.  The ceremony included a flyover of the new Black Hawks and remarks by Airlift Wing Commander Brigadier General Jaber Al-Abbadi and Chargé Wooster.  The Royal Jordanian Air Force (RJAF) and the QRF conducted a live fire and infiltration demonstration featuring the Black Hawk’s capabilities – one of the most versatile and advanced aircraft in the world.

“The United States and the Hashemite Kingdom of Jordan have a historic and enduring relationship, built on shared values and shared interests.  Our military partnership epitomizes our mutual goals for a secure and stable region. Today’s ceremony marks the beginning of a new JAF capability in the form of a state-of-the-art UH-60 Black Hawk fleet,” said Chargé Wooster at the ceremony.

The United States delivered the first installment of the 12 Black Hawks in March 2017 and the final installment in December 2017, a delivery completed in unprecedented speed for this number of aircraft.

As a sign of the strong strategic partnership between the United States and Jordan, the U.S. Congress appropriated $470 million in 2017 to the JAF and RJAF, including training for pilots, crew chiefs, and maintenance technicians, as well as spare parts, ground equipment, weapons, ammunition and shelters for the Black Hawks.

The United States is committed to supporting the JAF’s efforts to protect Jordan’s borders, counter terrorism, assist in civil defense operations, and defeat ISIS through the international coalition.