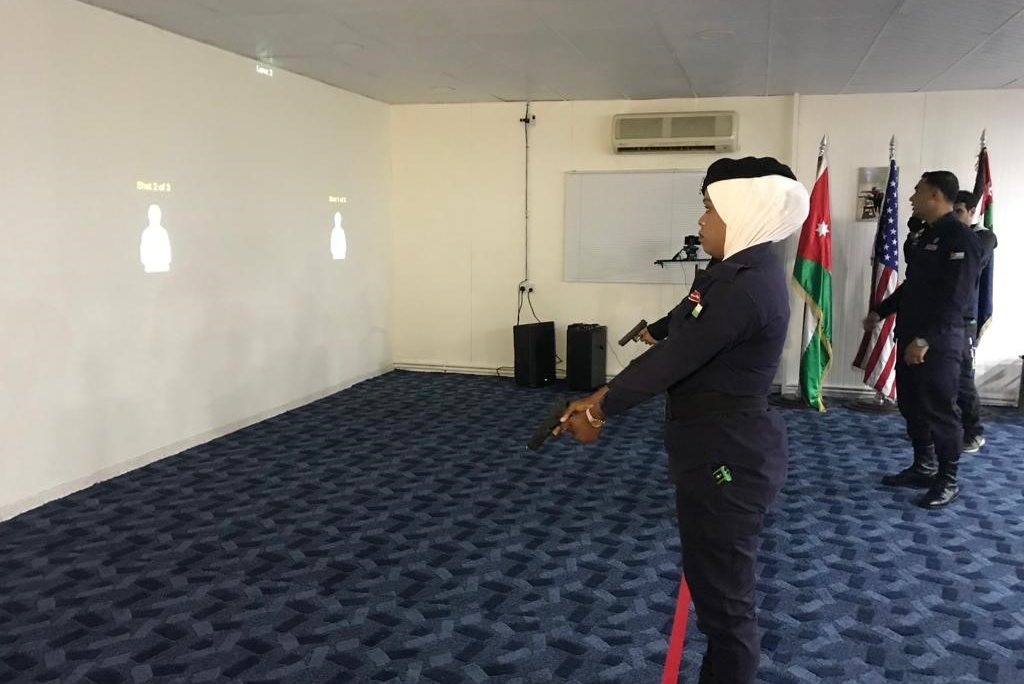 Amman – Today, the U.S. Embassy in Jordan and the Jordanian Public Security Directorate (PSD) unveiled an advanced firearms simulator system in a ceremony at the Police Woman’s Training Center in Amman.  The U.S. Department of State’s Antiterrorism Assistance (ATA) program provided the system for both the training center and PSD headquarters.  It is valued at $492,882.

The state-of-the-art firearms simulator will allow PSD police officers to immerse themselves in a range of simulated scenarios, training them to think quickly about critical situations that confront police officers on a daily basis, such as whether or not to use force and how to de-escalate tense encounters.  A camera records video of trainees using the system, so they can review each scenario and learn from mistakes.  The simulator also supports a range of marksmanship training.

“This is a truly revolutionary form of training, and its presence in this training facility and in the PSD headquarters demonstrates the PSD’s commitment to professionalization, rule of law and a respect for human rights,” Mr. Houston said.

Brigadier General Maaytah expressed his appreciation for the ongoing cooperation between Jordan and the United States, especially in law enforcement training.

For more than 30 years, the Government of Jordan has proven itself a steadfast partner of the ATA program, which has provided advanced law enforcement and counterterrorism training to over 6,750 Jordanian law enforcement officials in tactical, cyber, investigative, and forensic fields.

About the Antiterrorism Assistance (ATA) Program

Established in 1983, the Department of State’s Antiterrorism Assistance (ATA) program is the U.S. Government’s premier counterterrorism training and equipment provider for foreign law enforcement agencies.  All ATA assistance is delivered within a rule-of-law framework that promotes respect for human rights and fosters development of a self-sustaining capability through best practices such as embedded mentors and train-the-trainer programs.

With its cutting-edge curriculum and equipment grants, the ATA program continues to contribute greatly to overall international peace and stability.