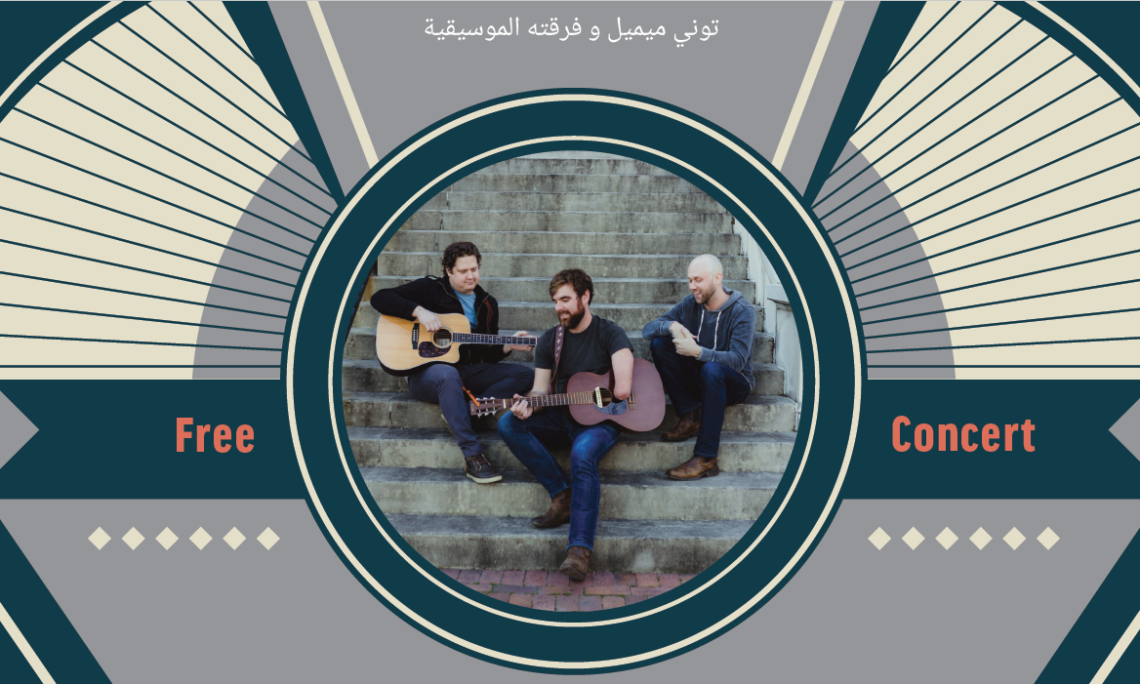 Amman – American musician Tony Memmel and his band has partnered with the U.S. Embassy in Jordan to work beside Jordanian musicians and perform in Jordan from April 21-27.

Tony Memmel was born without a left forearm and hand, yet taught himself to play the guitar by building a homemade cast out of duct tape that secures a guitar pick to his arm, allowing him to pluck and strum the guitar strings. He tours internationally with the U.S. State Department’s American Music Abroad program and is an ambassador with the nonprofit organization “Lucky Fin Project,” a support group for children with hand and limb differences. He also teaches adaptive guitar lessons to students with physical differences. For his April 21-27 tour in Jordan, he is joined by percussionist Alex Nixon and guitarist Joseph Wengerd.

Over five days of programming, Tony Memmel and His Band will lead outreach sessions at private schools in Amman and public schools in Amman, Salt, and Marka. The group will also perform for the members of Al-Nahda Association for the Physically Challenged in Irbid City. This organization, formed in 1991, is an organization in northern Jordan focused on helping people with physical disabilities, particularly those who rely on wheelchairs. Tony Memmel and His Band will also perform an evening concert at Arabella Mall in Irbid for the general public on Thursday, April 25, at 6:30 PM.  The group’s tour in Jordan will conclude with performances at Zaha Cultural Center’s 15th International City Festival in Khalda, Amman, on Saturday, April 27 at 1:00 PM.

Tony said, “I believe that people are created with a unique purpose with different gifts, talents, and abilities.   I’m just encouraging students to live into those things with all their hearts, with courage and with hope and to keep going even when things get difficult.” He adds, “I am so happy to share this message of encouragement with the beautiful people of Jordan.”

The United States Embassy in Jordan supports a wide range of cultural programming in Jordan that engages civil society organizations and individuals in music, sports, cultural heritage preservation, and the visual arts, reaching hundreds of thousands of Jordanians in person each year.