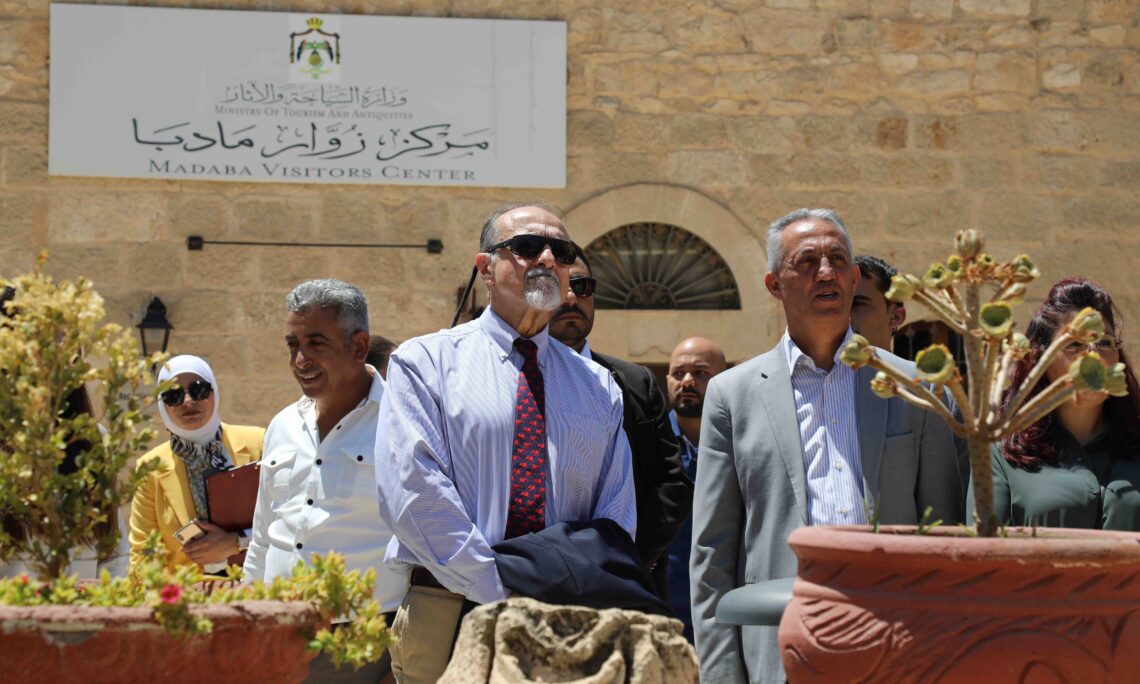 “The connections between the Jordanian and American people run deep. Whether through cultural heritage preservation, tourism promotion, or business opportunities, these ties benefit both of our economies. Promoting the tourism industry in Madaba is an effective way to support small business owners and highlight Jordan’s rich cultural diversity, which will ultimately serve as a gateway for inclusive economic growth,” said Ambassador Wooster. He further noted, “the U.S. government is committed to sustainable economic integration in Jordan, which greatly depends on promoting tourism as a tool for sustainability.”

Ambassador Wooster met with Governor Nayef Al-Hedayat to learn about his efforts to encourage investment within and outside the tourism sector. For his part, the Governor of Madaba, Nayef Al-Hedayat, stressed the historical relationship between the United States and Jordan, praising the support of the U.S. to Jordan to achieve economic stability, support democracy, the tourism sector, education, and community development, and activate the role of women and youth to participate in the overall development process led by His Majesty King Abdullah II. Al-Hedayat commended the role of the U.S. Embassy in Amman and the support of USAID to various development sectors and heritage preservation. He also noted the importance of Madaba in religious tourism. Al-Hedayat reiterated his welcome to the Ambassador for this visit to Madaba, the capital of Arab tourism for 2022 and a model of Islamic-Christian harmony worldwide.

In additional meetings, Ambassador Wooster discussed youth employment opportunities with Mayor Aref Al-Rajaweeh and congratulated him on his recent election. He visited the Madaba Archaeological Park to

discuss past USAID programs such as the Jordan Tourism Development Project and the Sustainable Cultural Heritage Through Engagement of Local Community Project, which focused on enhancing tourism sector capacity and achieving effective management and development of cultural heritage resources in Jordan. He also learned from Madaba Tourism Board members about their efforts to promote cultural heritage and religious sites, while also increasing economic opportunities and reducing unemployment among residents. Ambassador Wooster highlighted ongoing U.S. government support to stabilize, conserve, and inventory 14,000 artifacts at the Madaba Archaeological Museum, through the Ambassador’s Fund for Cultural Preservation, which will display and protect Jordan’s priceless cultural heritage objects.

Ambassador Wooster’s visit to Madaba follows prior discussions in Irbid, Zarqa, Al Karak, Ma’an, and Aqaba to hear a broad range of perspectives from across Jordan on key issues of the U.S.-Jordan partnership, including U.S. support for water and economic development, community-based initiatives, and women and youth empowerment.