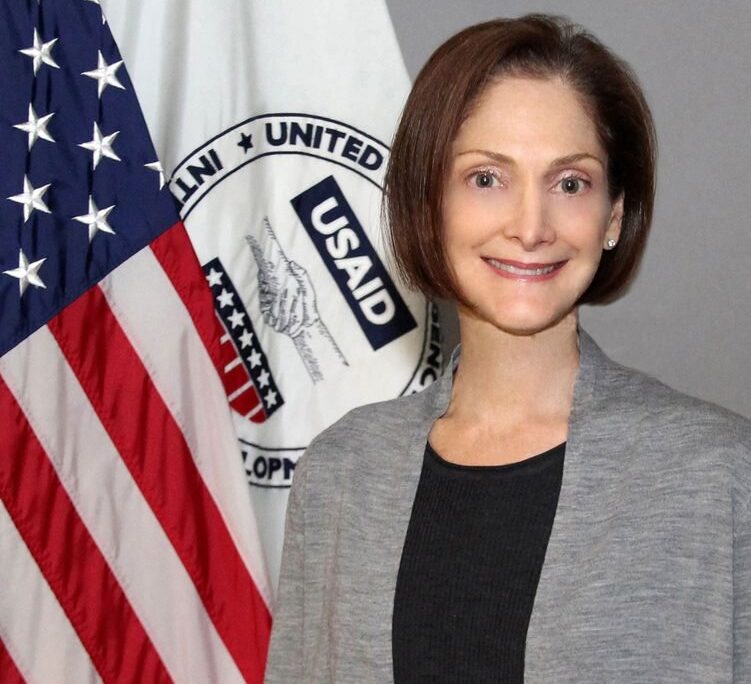 The U.S. Embassy in Amman welcomed to Jordan this month new United States Agency for International Development (USAID) Mission Director Sherry F. Carlin. Ms. Carlin formally assumed her duties in a virtual ceremony with U.S. Ambassador Henry Wooster on October 15 while Ms. Carlin remained in quarantine following the Jordanian Ministry of Health guidelines. She stated, “I am delighted to be here, and I look forward to continuing to build on the U.S.-Jordanian partnership. For seventy years, the United States and Jordan have partnered to build lasting infrastructure and systems, to support Jordan’s invaluable human resources, and to improve essential service delivery to meet the needs of people across the Kingdom.”

Prior to her arrival in Jordan, Ms. Carlin served as Mission Director for USAID’s mission in Egypt and has been an integral part of USAID’s relief and development efforts across the globe for more than twenty years.

A native of Florida, Ms. Carlin holds a MS from the National War College, an MPH in health policy, and a BS in nursing from Emory University in Atlanta. She is an avid equestrian and looks forward to exploring Jordan’s natural beauty and cultural heritage.