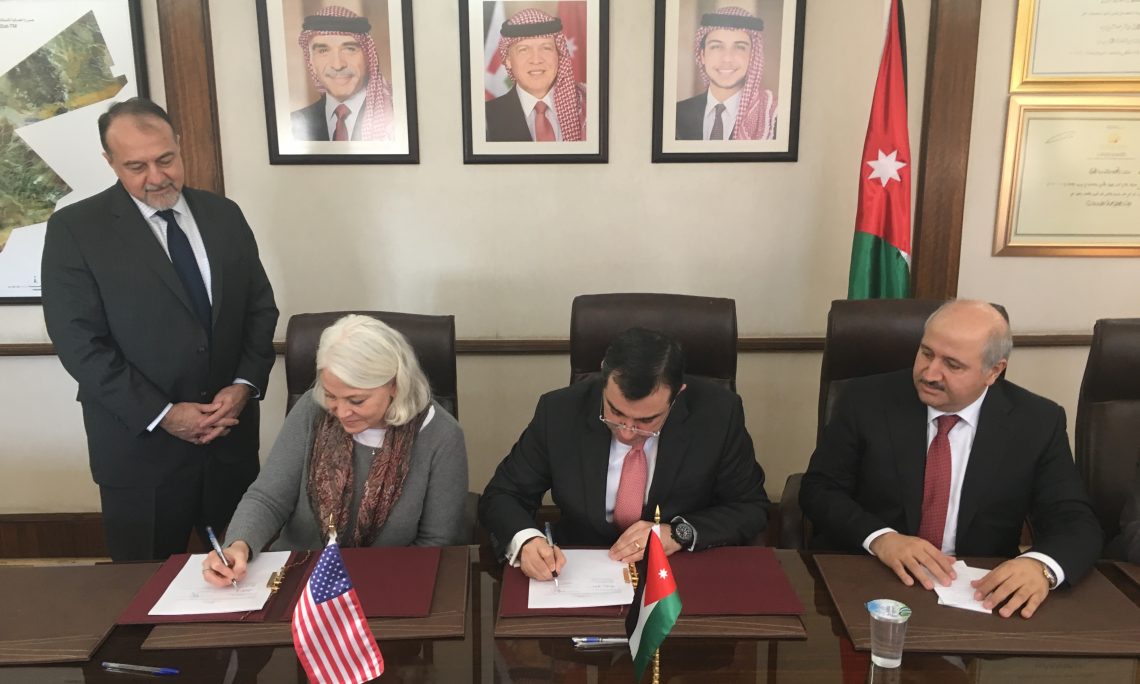 AMMAN, JORDAN – Constructed in part with proceeds from a U.S. wheat donation valued at $17 million, the Karak Dam was officially inaugurated Tuesday by Jordanian and U.S. officials.  The dam will provide irrigation water for thousands of farmers, promoting agricultural development in the Jordan Valley.

Construction was funded in part by a 2012 U.S. wheat donation to Jordan, provided under the Food for Progress Program administered by the United States Department of Agriculture’s Foreign Agricultural Service (FAS).  Through the program, U.S. agricultural commodities donated to recipient countries are sold on the local market and the proceeds are used to support agricultural, economic, or infrastructure development programs.

“Food for Progress is a cornerstone in USDA’s efforts to support sustainable agricultural production in developing nations and promote agricultural trade,” said Jocelyn Brown, Deputy Administrator of the FAS Office of Capacity Building and Development.  “Jordan is an important partner and we are proud to see the fruits of our joint work at the Karak Dam.”

On Wednesday, Brown and Minister of Planning and International Cooperation H.E. Imad Fakhoury signed a new Food for Progress agreement through which USDA will provide Jordan with 50,000 metric tons of U.S. wheat, valued at approximately $9 million, with an additional 50,000 tons to be made available contingent upon market conditions.  The donation will support water and irrigation projects aimed at improving agricultural productivity and stimulating economic growth.