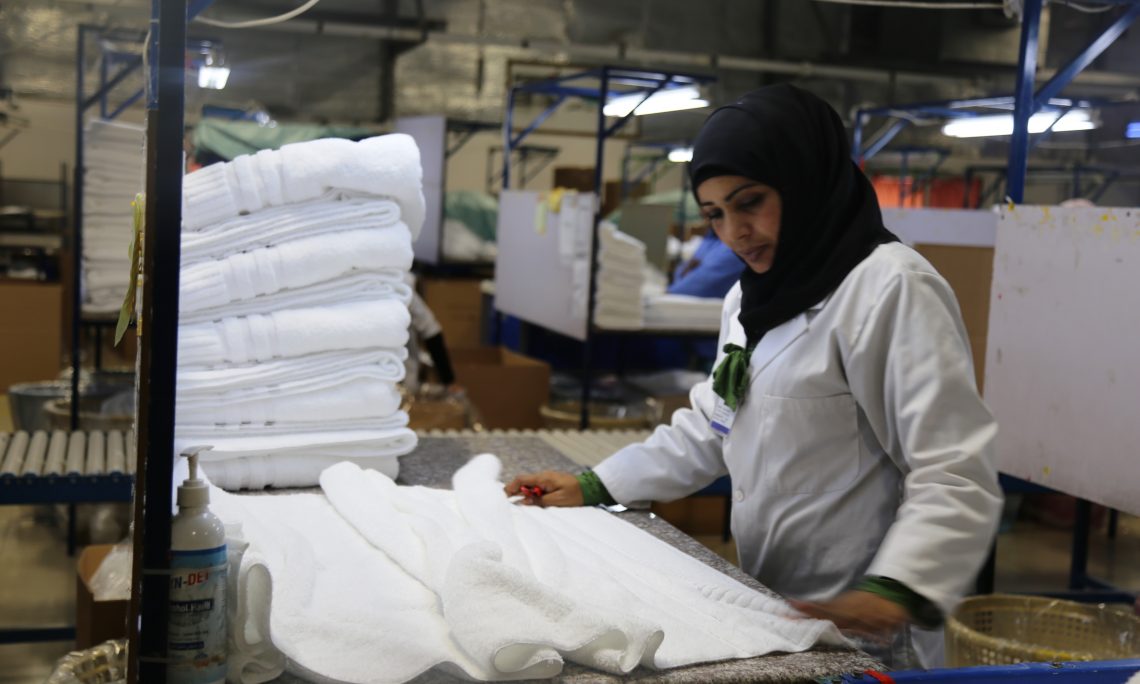 Amman — The United States and Jordan convened the 7th session of the Joint Committee of the United States-Jordan Free Trade Agreement last Thursday at the Ministry of Industry, Trade and Supply.

Ambassador Alice G. Wells joined Minister of Industry, Trade and Supply H.E. Maha Al-Ali in welcoming the delegations and highlighted the Free Trade Agreement as a cornerstone of the bilateral relationship.

The head of the U.S. delegation to the Joint Committee was Deputy Assistant U.S. Trade Representative Mr. Mark Mowrey, who was accompanied by an interagency delegation including officials from the U.S. Departments of Agriculture, Commerce and State, the U.S. Embassy in Amman, and missions in the region.

The Jordanian delegation, led by H.E. Secretary General Yousef Al-Shamali, included representatives from the Ministries of Agriculture and Labor, and delegates from Jordan Customs, the Jordan Food and Drug Administration, the Jordan Investment Commission, and the Jordan Institution for Standards and Metrology.

The delegations discussed ways to promote bilateral trade and commercial ties including in agricultural trade, customs, labor, and investment promotion, as well as regional and multilateral trade promotion. At the opening session, Ambassador Wells stated that “the FTA is a cornerstone of our bilateral partnership with Jordan, which is based on our mutual objectives of prosperity, stability and security.”

The U.S.-Jordan Free Trade Agreement, signed in 2000, has been hugely successful in strengthening economic relations and cooperation, specifically in liberalizing and expanding trade. In the 15 years since the Agreement was signed, bilateral trade has increased 800 percent, and in 2015, total bilateral trade exceeded $2.8 billion. In the first three months of 2016, bilateral trade is already up almost 14% over the same period in the previous year.